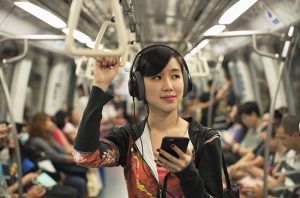 Spotify had reached 140 million monthly active users (MAU) worldwide. This number fades in comparison to music streaming services in China: the most popular music app in China, KuGou, had almost double the number.

What is interesting about China’s music streaming is that they are all free. Most of the apps make  money by offering subscriptions for better audio quality, ads, concert tickets, virtual gift-giving, and song purchases. Chinese fans are enthusiastic to make the industry successful. In only 3 days of its release, Katy Perry’s album “Witness” ramped up 1.3 million purchases on China’s leading music apps, with NetEase Music taking the lead. 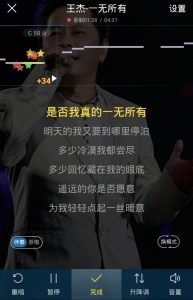 KuGou, meaning Cool Dog, made its way to the top range by appealing to a very wide audience, in particular those in small towns, according to a report from Sixth Tone. This means that a large portion of their content is dedicated to square dancing tunes and KTV by local hipster population. KuGou has  won users by integrating KTV streaming which enables users to receive “song coins” that can be transferred into real currency. Users can comment on songs through “bullet screens” (弹幕) where comments stream across the video, listen, watch, and interact through the social platform.

Although the app has 228 million MAU, Kugou is still figuring out how to earn money, but it has been earning from their live streaming service Fanxing. KuGou and KuWo are both owned by the China Music Corporation which merged with Tencent’s QQ Music in July 2016.

QQ is Tencent’s very first social product. It started out as an instant messaging tool back in 1998. Although QQ Music shares some  same features as Kugou, such as radio, KTV, and live streaming. It caters to a more urban crowd. QQ Music also offers articles and enables users to watch music videos, concerts, and interviews with famous musicians, including international stars such as Linkin Park.

The app has 211.43 million users. It owes its success to Tencent’s huge presence in the Chinese market, including WeChat. This enabled the service to strike deals with major record labels and allow its users to buy concert tickets through its payment service.

KuWo is an app with a focus on KTV streaming. The App hosts KTV tournaments with cash rewards. It also streams and broadcasts popular talent shows and comedies. KuWo also reserves a part of its app for China’s rising DJs.

Like other apps, KuWo offers song purchases and subscriptions. It tries to make money with in-app gaming and its own brand of headphones and speakers. The app has 107.72 million MAU.

What differentiates NetEase Music from other apps is its stronger focus on indie artists, enabling it to compete with internet giants like Tencent and Alibaba. Besides short videos, the app has social features that enable users to interact with performers which have profiles on the service. It also has a music streaming option for joggers called Run FM (跑步FM) that selects music with a BPM rate that matches the listener’s running tempo. Aside from music, users can listen to podcasts and watch videos.

With 62.7 million MAU, NetEase is the first music service Unicorn securing RMB 750 million in Series A financing in April 2017.

Xiami started off as a P2P platform but had to abandon the model due to copyright regulation. Recently the service added more niche content by featuring emerging musicians with original creations. It has launched The Undiscovered Nationwide Spotlight music program, a talent search where users can explore and select their favorite out of more than 6000 artists.

Xiami Music, with 14.4 million MAU, is owned by Alibaba along with another music app called Alibaba Planet (阿里星球).

No different to other online battlefields in China, Music Apps will see more intense competition in 2018. Let’s stay tuned to see who will be up or down the list this year.