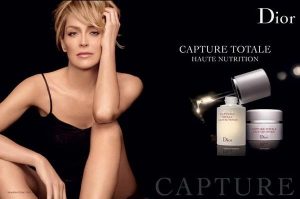 Chinese celebrities, when attending overseas events, have become increasingly politically sensitive about certain issues including China’s position vis-a-vis Tibet (and the Dalai Lama), Japan and Taiwan. They have learnt lessons of their peers, either in China or overseas, who were blocked or boycotted due to their “inappropriate” comments unwelcomed by the Chinese authorities or Chinese consumers.

The same seems to go for luxury and fashion brands that operate and do marketing in the Chinese market. Lancôme, Hermès and the Italian luxury carmaker Fiat have all learned the hard way that “political correctness” is an absolute must if you’re doing business in China.

Even when issues arise that have little to do with the brands themselves, they still have to bear the brunt of the negative outcome not only from the Chinese government but from consumers as well.

Following are five times when the political positions or views of celebrities have had repercussions on the luxury and fashion brands they represent in China. Hopefully brands can learn—what not to do—from their examples

In mid-2016, the French cosmetics brand Lancôme was involved in a public relations (PR) battle after Dennis Ho, a Hong Kong singer who had publicly expressed anti-China remarks online, performed at a mini-concert hosted by the brand. The case even caught the attention of Global Times, the state-run newspaper, who wrote a critique of the collaboration. Meanwhile, Chinese consumers residing in the company’s home country, France, launched an online petition calling for a boycott of the brand. Even though Lancôme immediately cancelled Ho’s attendance and released a public apology to Chinese consumers, the brand lost many loyal customers for the issue.

Created by the French luxury powerhouse Hermès in homage to British actress Jane Birkin, the classic Birkin bag was dragged into an unexpected spat in 2016， When Birkin’s personal involvement with Tibet and the human rights movements crossed a line. The actress was banned from getting Chinese visa to participate in a concert in Shanghai in 2016. Commenting on the issue, Global Times mentioned in an article that the actress participated in a protest against China in 2008 while carrying her namesake signature bag. To a certain extent, this put the spotlight on Hermès.

In 2008, Hollywood star Sharon Stone, who was at the time the face of Christian Dior’s beauty products, put the brand in a tailspin when she made a public statement that the 2008 earthquake in China’s Sichuan province on May 12 (which killed nearly 70,000 people) was the result of “karma” from Beijing’s Tibetan policy. Chinese consumers were so furious over the statement that they boycotted her and Dior. In the end, the brand issued an official apology and dropped the collaboration with the actress.

In 2008, the Italian luxury carmaker Fiat was attacked by Chinese consumers for featuring the Hollywood star Richard Gere in its commercial ad campaigns. Gere is a long-time friend of the Dalai Lama, and a vocal supporter of the independence of Tibet. The brand dropped Gere and apologized for its choice.

The collaboration between Taiwanese actress Vivian Xsu and the local Chinese premium beauty brand Chando also ceased when Xsu’s inappropriate remarks on the Sino-Japanese relationship caught the public’s attention.  At the 2010 Tokyo International Film Festival, which Xsu attended on behalf of Taiwan, when the Chinese delegation at the festival requested the host country add “China” before “Taiwan” instead of listing Taiwan as a separate country, Xsu, who also was active as a celebrity in Japan in the 1990s replied, “Japan is like my stepmother…. I would never set foot in mainland China.”

She was completely blocked out at China’s Social Media Weibo. All existing ad were pulled off and all music and songs related to her were completed wiped out. 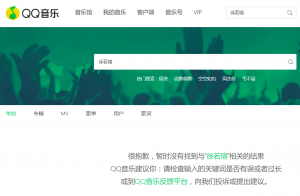 “Sorry, there is no search result related to Vivan Xsu, QQ music recommends you whether you have input a correct keyword.”

The controversy is where brands have been always taking extreme cautions when choosing their brand ambassador in their advertising/marketing campaigns, however brands have got no control over what their comments would be in future. Some people may argue it is shameful to bend over to the new powerhouse. While from marketing perspective alone, any brand would have already done their homework of SWOT analysis and have been aware of macro risk assessment. It is a one of the key factors to take into account when chasing your china marketing goals.