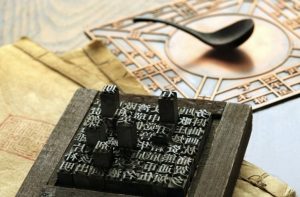 A number of China’s technological innovations have been making their moves in the world. Among them, four stand out with a reputation of China’s “four great new inventions” in modern times, which have made the daily life of the public more convenient. They are not actually inventions in technical term, however thanks to China’s huge scalability, the following 4 phenomenon have been pushed to a whole new level leading the world.

There are over 30 bike-sharing companies in China that operate around 10 million bicycles for shared use to individuals in dozens of Chinese cities. 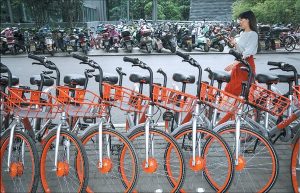 Although the service of shared bikes originated from Western countries, China surprised the world with a business model of station-less shared bikes that spearheads the sharing economy.

Compared with traditional shared bikes, dockless bikes allow users to simply pick up or park a bike anywhere on the street, instead of at designated docking points.

To unlock a bike, you need to scan a QR (Quick Response) code on a shared bike through a smartphone app. To finish riding, you manually lock the bike and pay for your ride though mobile payment services that are connected with the bike app, such as AliPay and the WeChat wallet.

China’s two leading bike-sharing operators, Mobike and Ofo, have been gearing up for global expansion.

Mobike entered Singapore in March and Manchester, Britain, in June. Its distinctive orange bikes can also be spotted on the streets of Florence and Milan, Italy. This September, Mobike is set to land on the soil of London. Ofo, similarly, has begun operating in the United States, Britain, Singapore and Kazakhstan.

In the financial market, the two rivalries have also gone neck and neck. In June, Mobike raised $600 million in a Series E financing round led by China’s Internet titan Tencent, the largest in the global bike sharing industry to date. Now, the company’s total funding has reached nearly $1 billion. In February, Ofo also raised $450 million, which valued the company at $1 billion. 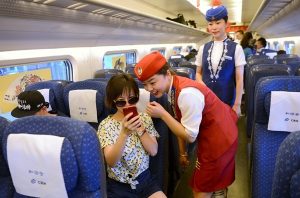 HSR service debuted in China in 2008. Since then, the country has witnessed an average annual growth of over 30 percent in passenger trips, according to statistics from the China Railway Corporation. By 2016, there had been more than 5 billion passenger trips on China’s bullet trains in eight years.

Currently, China is working on next-generation bullet trains with a maximum speed of 400 km/h. By 2020, one fifth of the country’s 150,000-km railway network will have been HSR, linking more than 80 percent of major cites across the country, according to data from the National Development and Reform Commission.

China’s HSR has also gone global. In 2014, China completed the construction of its first overseas high-speed rail in Turkey. In June 2015, China and Russia inked deals for 770 km of track connecting Moscow and Kazan.

In October 2015, China and Indonesia signed a joint-venture agreement on the construction of a high-speed rail between Jakarta and Bandung. Besides, the China-Thailand railway is currently under construction.

Alipay, , is China’s leading mobile and online payment service, established in 2004 by China’s e-commerce giant Alibaba Group. During the online transaction process, Alipay acts as a third-party platform, on which buyers pay for their goods by imputing payment passwords or scanning payment code on the Alipay app installed on their mobile devices.

On top of that, users can pay family or personal bills through Alipay, such as water and electricity bills.

Far back in 2013, Alipay exceeded PayPal as the world’s largest mobile payment platform. Thanks to the massive user base and various payment scenarios in China, online and mobile payment has enjoyed absolute advantages in market competition.

In the first quarter of 2017, the market share of Alipay and its major rivalry Tenpay (Wechat pay) reached respectively 54 percent and 40 percent, according to Chinese market research and consulting company iResearch.

With around 731 million Internet users, China has been the world’s largest and fastest-growing e-commerce market. In 2016, online shopping in China saw a growth rate of 26.2 percent, generating 5.16 trillion yuan ($767 billion), according to a report on China’s economic data by the National Bureau of Statistics. 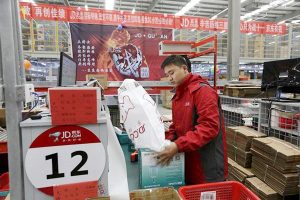 Last year, Chinese people bought more food online with a growth of 28.5 percent. Clothing sales rose by 18.1 percent in the year, while items like mobile devices took up nearly 12 percent.

E-commerce now accounts for 15.5 percent of the total retail sales in the country. Thanks to lower costs and fewer licensing requirements, the bar for individual merchants to open an online shop in China has been set lower than the threshold for opening a physical retail store.