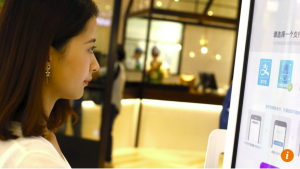 In a restaurant in Sydney, the cash register has a paper sign saying Minimum spending $30, and Amex surcharge 3%.

After a nice dessert, waiter sees your pen signing gesture and nods his head. He walks towards the cash register. A couple of minutes later, he comes to your table and a handheld wireless POS. You browse through the bill while pulling out a non-Amex credit card from your wallet and hand it over to the waiter. He swipes your card on the POS. Then you crunch in passcodes on the device. 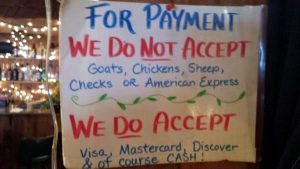 “Yes, please”, you reply with a courtesy smile.

A curly docket is popping out of the device with a printing mechanical sound and a slashing noise.

“Here you go.” Says the waiter. You stuffed the docket in your wallet with a Thank you.

This way of paying restaurant bill simply would not happen in restaurants in Hangzhou. Because the bill paying story above is too slow and time wasting.

Facial recognition to pay for restaurant bills has really come into reality in Hangzhou. In September 2017, Alipay announced the technology went online at KFC’s flagship restaurant in KPRO, a shopping town in Hangzhou. Customers can authenticate their payments by having their faces scanned. The “Smile to Pay” application takes just one to two seconds to recognize and identify a face, which follows the scan with a second verification through a mobile phone. The technology is fully insured, and users of Alipay can disable or enable the feature any time.

Saving face is a classic Chinese culture element and now Hangzhou siders are just stepping into an era of Spending face.

What do you know about Hangzhou

Westerners are quite likely aware of China Big 4 when talking about Chinese megacities, Beijing Shanghai Guangzhou, Shenzhen,北上广深 respectively. While things are changing fast in China, Hangzhou, 180 km southwest of Shanghai, on China’s eastern seaboard, is rapidly catching up to be a leading and iconic city representing China’s latest tech and economic trends.

It was the most splendid and prosperous city in China since it was the capital city in Song Dynasty 1000 years ago. It has since been a hot tourist destination thanks to its West Lake, a World Heritage Site, green tea, silkworks and a lot more.

Now it is known by the world the hometown of Jack Ma, Alibaba’s Head Quarter base, strong entrepreneurship culture, open-minded and efficient government to private sectors, 9 million well-educated population there, etc.

Hangzhou has become the driving force of China New Economy because of the e-commerce giant Alibaba. It has another new tag – global mobile payment city. Hangzhou people can go wallet-less when they go out. 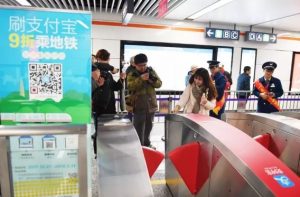 As the subway line 2 started commissioning near closure of 2017, the Alipay was also rolled out at all 72 subway stations. People can use Alipay to get in and out of the subway. They will never have to buy ticket or card in Hangzhou. All they have to do is scan their mobile phone’s QR to scan in and scan out. 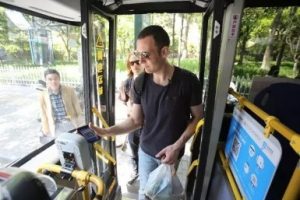 In May 2016, Hangzhou launched the service of scanning Alipay QR while boarding bus. The service has now covered all 5000 strong buses in Hangzhou, again the city is the first among its competitors in the country to implement Alipay on the bus. It is also expected WeChat Pay is soon to apply to the entire public transport network. The technology and the practice have been learned and adopted across China

As early as 2008, Hangzhou began to build a public bicycle network, which was six years earlier than the nowadays shared bike frenzy. Hangzhou siders give the bike a nickname, the Little Red, which is rented hundreds of millions of times a year. The city’s owned Bike share technology has been licensed to 175 cities in China with good profit return to the city’s taxpayers. Now Chinese city dwellers and visitors are just so familiar with scan the QR at the back of the shared bike and hook it up with WeChat Official Account then connect to unlock, ride, park and go.

Once at a train station at Sydney, I bump into a schoolboy who asking me spare a dollar or two helping him buy a train ticket home? I think the way of his asking is out of date compared with the street beggars at Hangzhou. It is said that street beggars in Hangzhou accept alms by displaying their mobile phone QR codes next to their coin plates.

It was the Hangzhou which helps Alibaba be successful or was the Alibaba who makes Hangzhou successful? Another chicken-egg question.